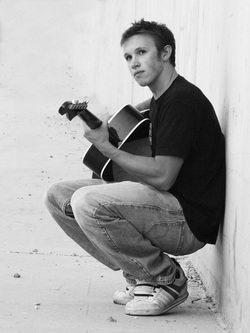 photo credit: Johnny Miller
On June 12th, 2013, at 1:35 in the afternoon, in Calabasas, CA., my 25 year old son, Tom Westerlund, was killed by a driver making a U-turn.   The driver didn't see him.  Tommy was in full gear, riding his motorcycle, two blocks from home.  Had the driver looked twice and braked, Tommy may have been able to dodge him.  Had Tommy been in brighter colors, he might have been seen.

This ride across the United States has come about as part of my healing process.  It has been a long process.  Back in the fall of 1977, I was living in San Francisco, after having driven across the country in a red pick up truck with my dog and my boyfriend.  I was introduced to Robert Pirsig's book "Zen and the Art of Motorcycle Maintenance" in a political science class at SFSU in 1978.  My family grew up riding motorcycles.  Mostly enduro, although my little brother and eventually my son both raced motocross.  My father and I had talked of riding motorcycles across the country.  My son and I spoke of riding to and around Joshua Tree NP, a place we spent a week together in March, 2012.  My father committed suicide in Nov. of 1974.  My little brother committed suicide in May of 1977.  I became infatuated with Pirsig's book.  I felt like it had been written for me.

Fast forward to Dec. 2012.  My youngest son, Tom, was living in Calabasas, CA.
He had been living and working in CA. since Feb. 2006.  He needed help.  He had lost his job because he couldn't get out of bed for weeks at a time and now he couldn't sleep for days at a time.  I flew into Burbank the day after the phone call.

In the meantime, I starting making phone calls.  I needed to get my son to a mental health professional ASAP.  First I went through our insurance co.  He was covered by mine as he wasn't yet 26.  There were no immediately available apps. with anyone that took our insurance.  We were talking weeks.  I didn't have weeks.  Eventually found someone right in Calabasas, made an app. for the day after I flew in.  Of course they didn't take not only our insurance, but any insurance.  In my experience, that was not at all unusual.

I first noticed that Tommy was depressed when he was about 8 yrs. old.  He was lying in the bottom bunk of the bunk bed that he shared with his older brother, Jay.  I found him wrapped up in a fetal position crying that nothing was right, everything was wrong.  As a baby and a little boy, Tommy was always happy, always smiling.  I knew that he truly  felt what he was saying, and that there was nothing he could do about it.  I knew that this was real because I'd been there.  I had been hospitalized and was now on medication.  I did not want to put an 8 year old on medication.  My mother helped me find a psychiatrist that not only believed that my 8 year old son was suffering from depression but wasn't all that surprised given the family history.  He also agreed that alternative therapies should be tried before medication.  Talk therapy, nutritional therapies, acupuncture, massage.  Everything worked until it didn't anymore.  It all helped, and it was all expensive.  We would not have been able to afford any of it without my mother's help.
Tommy was 11 years old when he started taking prozac.  The same thing I was taking.  It helped tremendously.

When I arrived in Burbank on December 9th, 2012, my son was rapid cycling ( up and down) daily.  The  very, very short version is that we got professional help and he was diagnosed with bipolar II disorder, probably made worse because he was taking prozac.   With different medications, counseling, and support he was able to stabilize, find another job and thrive.  Would he have continued to thrive?  It's difficult to say.  He played with his medication ever since he lived on his own.  He loved the highs.  His passion, his work, lent itself to staying up all night in front of his computer.

My point for this long story is that when my son died, he was happy to be alive.  That is of great comfort to me as a mother.  When I got "the call", my first thought was that Tommy had killed himself, that he had just decided to drive his motorcycle off one of the many beautiful cliffs in southern california.  While the death of a child is devastating however they die, I have to tell you, that dealing with their death is lighter if they haven't taken their own life.  It is one of the reasons why I have chosen to try and increase awareness of the importance of mental health.
Proudly powered by Weebly